The Laundromat: Relatives of Kirchner’s secretary sold properties in the US for US$ 73,6 millions 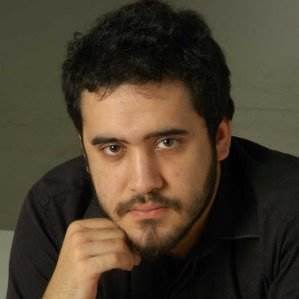 The name of Kirchner’s late secretary appears in the saga of bag-carriers of the K notebooks. When he died, his family began to undersell. Who are they? Perla Aydeé Puente Reséndez and Carlos Adolfo Gellert, relatives of the widow, Carolina Pochetti, who liquidated assets in Miami and New York. Peralta and a provincial official position living abroad?

If he were alive, Daniel Héctor Muñoz would have been imprisoned along with the dozen officials and businessmen that Judge Claudio Bonadio decided to put under arrest, after revealing the contents of the notebooks written by the driver of Roberto Baratta, one of the closest men to the former minister. Julio De Vido. The «Gordo» (Fat), Néstor Kirchner’s private secretary, stands out at the top among the names most mentioned in Oscar Centeno’s writings, which were published and taken to court by journalist Diego Cabot of La Nación newspaper. The K Notebooks reveal the names of countless people, trips, dates and even money figures that were transferred in bags from meetings with businesspeople in hotels to the Casa Rosada (Government House), the Quinta de Olivos (Presidential Home) or Cristina Kirchner’s apartment in Recoleta, by their assistants and officials, between 2005 and 2015, an operation that, according to the investigators that participate in the case, would have involved dirty money for more than 200 million dollars.

In April 2016, at #BORDER we revealed that Muñoz and his wife Carolina Pochetti had acquired – through Sergio Todisco, a declared front man of the couple – properties in Miami, initially, for 40 million dollars. In that first report we fell short. Sometime later, thanks to the continuing work of our colleague Nicholas Nehamas of the Miami Herald, the information was expanded: Muñoz’s assets added up to 16 -2 of them in New York – and a total of 65 million dollars.

Todisco’s name had emerged in the Panama Papers leak, as the head of a company based in the Virgin Islands, whose hidden shareholders were Muñoz and his wife. But this self-declared front man from Mar del Plata and friend of the late K Secretary had been the face of something greater: a structure of more than 14 companies created in Miami to buy these 16 properties, which included luxurious apartments in that city’s towers and another from New York to a shopping center or drive-thru, commercial facilities that were the headquarters of a bank. In those companies, created between July 2010 – months before Néstor Kirchner’s death – and the same month of 2015, also featured the name of Todisco’s ex-wife, Elizabeth Ortiz Municoy, a real estate agent with business in Mar del Plata and based in Miami.

But between the end of 2015 and the beginning of 2016 – time when Muñoz was under treatment for cancer – in the board of all these companies, a name was added. This name is key to track the route of the money that seems to have originated in the plot of the K Notebooks: that of Perla Aydeé Puente Reséndez.

At the beginning we mistook this key woman with another, a Panamanian, who lends her name in a generic way and who is linked to the Mossack Fonseca study of the Panama Papers. But this 35-year-old girl is Mexican, based in Texas and #BORDER discovered, after months of work, that she is an in-law relative of the Muñoz family: Perla Puente Reséndez has been married to Carlos Adolfo Gellert, who in turn is Carolina Pochetti’s cousin, Muñoz’s widow.

Gellert is from Santa Cruz, and settled as a young man in Mexico -where he met his wife- and now lives with her in Texas. Gellert is the son of former congress woman Blanca Blanco, at the same time, ex-wife of Daniel Peralta, former governor of Santa Cruz. Blanco is Pochetti’s aunt, her mother’s sister, Stella Maris. The cousin’s wife is foreigner and based in the United States, and she was the perfect person to close the circle of the K money in Miami.

The properties assigned to Muñoz started to be sold in 2013, but their final sales were rushed after #BORDER’s revelation in April and his death, in May 2016. Between the end of that year and the beginning of 2017, Perla Puente Reséndez signed documents so that all the Miami and New York properties were sold, operations for a total of 73,677,200 dollars (more than 2,000 million pesos, at the current exchange rate). In all, the Mexican relative appeared in company papers when 14 of the 16 properties were sold. Immediately afterwards, all the companies were removed from the official registries and they are now listed as «inactive». Find the detail below:

The version that Muñoz might have «cheated» on Kirchner was a rumor that accompanied him from the death of the former president to his own deathbed. The secretary had been accused of being a «bag-carrier» by former presidential assistant Miriam Quiroga, but the court case come to nothing and Muñoz remained dismissed in another lawsuit, which was investigating him for unlawful enrichment, and the UIF (Financial Information Unit) requested that it be reopened to investigate the remaining assets in the hands of his widow. Now in these notebooks his alleged illegal handling is reported, even with Cristina in office.

Muñoz might have carried bags in Cristina’s administration. She will be summoned to an investigative hearing.

There is only one company left under Puente Resendez’s name, «La Ideas (sic) LLC», established since 2012 in Texas and managed together with her husband, who has two other corporations registered, MDAA Investment Group Inc and G-Square Enterprises Inc, together to his brother Juan Carlos Gellert, also Argentine, who in networks is shown as an airline pilot.

The Mexican, Perla, does not publish her full name on her Facebook account, although she usually shows family photos – she has three children with Gellert -, especially the traditionally Texan beauty contests in which one of her daughters participates. Her husband, Pochetti’s cousin, hid his profile in that network. Previously – with the nickname «Ing.», due to his degree as engineer – he was enjoying baseball games with his son, but also commented on a video by his stepfather, former governor Peralta, who received the complimentary comment of his mother, Blanca Blanco. It was the only political reference we could find.

No wonder: the former governor appointed him as a member of the Energy Institute of Santa Cruz, a position he held from the end of 2011 to 2015, when Alicia Kirchner removed him. Meanwhile, it seems that Gellert lived abroad, by what is seen on his social media accounts, very much aligned with the American dream lifestyle portrayed by him and his wife, who signed the sales of the abovementioned properties.

With the K notebooks we begin to know details about where the money that Muñoz managed – or had his relatives manage – abroad came from. In this article we reveal where the money went and who were the last links in the chain of names that handled it. For the time being, no one bothered to claim these multimillion-dollar funds, neither in the United States nor in Argentina. Some of the companies created to buy properties syndicated as belonging to Muñoz, had visionary names. «Mother Queen», «Successful Ideas» or «Free Experience». Baratta -former De Vido’s officer, whose surname translates as bargain– , imprisoned again, seems to have paid a higher price.